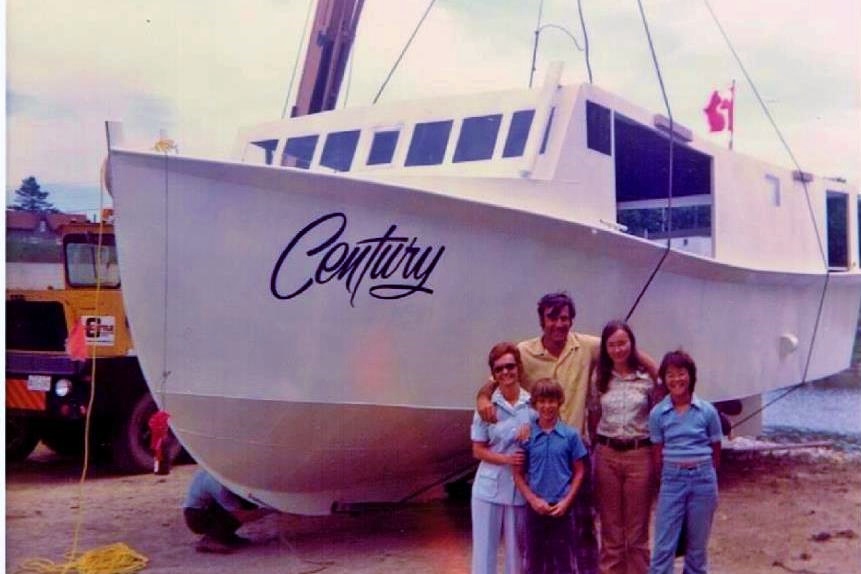 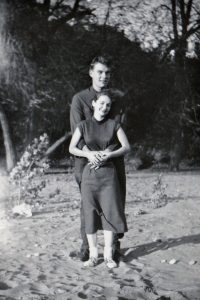 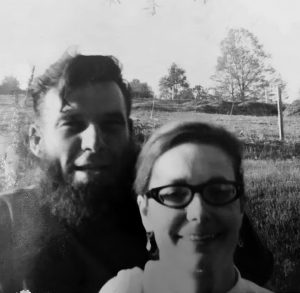 The name Vary has been associated with Port Stanley’s commercial fishing industry for over 100 years. Sam Vary was born into this fishing family on November 3, 1935. He was the second son of George W.  and Verda Belle (Moore) Vary, and had three siblings. The Moore’s were also a prominent fishing family in the village during the early 20th century. Sam and a cousin were the namesakes of the Vary fish tug L & S that was built at Port Stanley in 1936. Sam learned the ins and outs of commercial fishing as a youngster and set to work in the family business. He had other supplemental jobs over the years, and particularly enjoyed moving houses.

Shirley Fleming was born in Niagara Falls, Ontario, December 6, 1937, and was the second oldest of six siblings. She moved to Port Stanley with her family at the age of 11 years. She was the daughter of Elmore and Mary (nee Shepherd, later Johnson) Fleming.

Sam and Shirley married in 1956. They established their homestead outside of the village on what is now known as Thomas Road. Within a few years, the family expanded to include daughters Susan and Melissa, and son Steven. The friendly home was always fun to visit, and many youngsters (including myself) learned to swim in the family pool.

Sam worked as a fisherman until about 1962, when he took a job at the B/A (British American Oil Company), and later the Gulf service station owned and operated by long-time friends Robert (Bob) and Anna Cook. This facility was located at the corner of Colborne and Bridge streets, where the current medical center resides. After about five years, Sam decided to get back into fishing and in 1967 purchased his own tug, the Larry S. 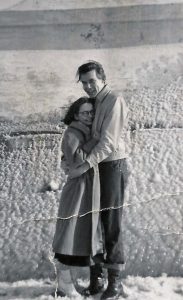 Sam placed an order for a new tug to be constructed by boat builder Ralph Hurley of Port Burwell in 1974. The new vessel was launched on July 22, 1974 and christened by Shirley. The new 40-footer was named Century in honour of the Centennial of the Village of Port Stanley. Sam was eventually joined by his son Steven in operating the fishery. Century served Sam well until a larger tug was purchased, and she was sold in 1993. I was privileged to be able to spend a few days on the lake laughing and learning with Uncle Sam over the years.

Sam served for a time as a member of the Port Stanley Volunteer Fire Department under Fire Chief Blake Berry. He also served as a member and later secretary-treasurer of the Elgin County Fishermen’s Association, and was on the board of directors of the Ontario Fish Producers Association. Sam was instrumental in the creation of the Fishermen’s Memorial located at the southeast corner of the lift bridge. In his later years, Sam was interested in family genealogy and local history.

Shirley started work at Mackies and later worked as an usherette at the theatre in Port Stanley, Bugg’s Bakery, and the Restaurant that is now known as The Bridge. After finishing school, Shirley began working at London Life. After being at home with her young family, Shirley returned to the workforce, where she had a variety of jobs. Shirley will be remembered by many in her final job as a licensed insurance broker at Lanning & Turnbull Insurance.

Shirley enjoyed reading, especially works by Canadian authors, as well as travelling, gardening, music, and art. Listening to music was a great joy to her in her later years. She also sewed and re-upholstered furniture and performed minor household renovations, sometimes shocking Sam when he arrived home.

In his younger days, Sam played hockey and baseball, as well as enjoying scuba diving, flying, and music. Sam enjoyed playing banjo before the rigors of fishing took its toll on his fingers. He had a natural ability to learn the life stories of people he met and found connections in unexpected places. He too enjoyed reading, which Sam and Shirley both passed on to their children.

Sam and Shirley both shared a love for cats and had many over the years. They especially liked the Maine Coon variety. They travelled abroad and within Canada and had numerous adventures. 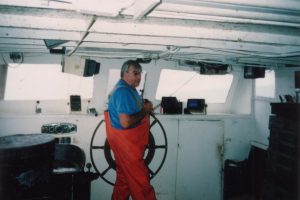 Sam and Shirley attended and contributed to many local historical functions. In 1995, they decided to move to ‘town’ and relocated to a house on Hill Street. Retirement followed a few years later.  In 2012, they made the decision to move to Wheatley in order to be closer to family. They eventually relocated to the Sun Parlor Retirement Home in Leamington, where both resided at the time of their passing.

Sam was predeceased by his parents, sister Isobel Spencer, and brother John (Jack) Vary. He is survived by brother Keith (Pauline) of Lambeth, Ontario.

Sam and Shirley are also survived by many nieces and nephews, as well as other extended family. They will be remembered for a lifetime of contributions to the Village of Port Stanley.

Anyone wishing to make a memorial donation on Sam and Shirley’s behalf, please consider the Alzheimer’s Society.

Shaun R. Vary is the grand-nephew of Sam and Shirley. Shaun composed this tribute, with contributions from their children.