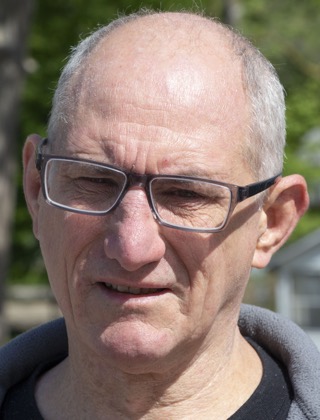 By Dan McNeil
(December 2019) – It all sounds very familiar: public concern, public meetings, oral and written briefs, tours for visiting professionals, and a steering committee. While this is all the same as to today it was October 1987, when an Ontario Association of Architects team called CAUSE (Community Assist for an Urban Study Effort) tabled a report completed at the request of the Village of Port Stanley. Sponsors for the study included the Village Council, the Business Association and the Port Stanley LACAC (Local Architectural Conservation Advisory Committee). The LACAC was similar to today’s official Council Committee, Heritage Central Elgin and the unofficial Heritage Port Stanley. The report can be found in the local history section of our library: Port Stanley CAUSE October 1987.

The Reeve of Port Stanley was Ray Lavereau and notable community members of the steering committee of the time included Hal Sorrenti, Marg Berry, Gary Vedova, and Frank and Nancy Prothero. The CAUSE team of 10 included a combination of experienced and prominent architects and urban planners. The official aim of the CAUSE program carried out in many Ontario communities was “to assist Ontario communities to cope with urban problems, and to take advantage of perceived opportunities.”

So, what was different, and, what was the same after 32 years? Port Stanley was self-governing to a similar extent as Central Elgin is to Elgin County today. This study raised many issues and good ideas that were made official in the Village Official Plan of 1989. The biggest concern was the relationship of the harbour to the future economic prosperity of the village.

The report commences with an excellent, if brief, history of Port Stanley and its harbor while acknowledging the tremendous changes that occurred after the war. It noted the decline “ … that set in during the 1950s was slow but steady and was probably due more to the growing prevalence of the automobile than to any other single factor.” It specifically identified: “The cancellation of the passenger service by the L&PS in 1953 came exactly 10 years after the railroad has set a record for the most passengers in its history.” That record was an extraordinary 1,705,233 set in 1943. Generally, the report is very cautious but optimistic about the future of the harbour.

1987 was the seminal time when Transport Canada’s decision not to upgrade Port Stanley’s infrastructure to a ‘seaway depth’ of 28 feet would begin to have its negative effect. Older, smaller lakers were being retired. The ultimate impact of this would not be known for several more years. Thus the analysis written in CAUSE said this: “In the past decade, there has been a steady growth in the shipping of grain, potash and low grade coal. Port Stanley has been one of the rare exceptions to the general decline of Great Lakes and seaway traffic in recent years.” Unfortunately, they were wrong. Very few in the region would guess in 1987 that the federal government would be trying to divest itself of this losing commercial proposition within the next 10 years.

There were three main harbour recommendations: 1) Extend the Port Stanley railway line through the end of Main Beach; 2) Reorganize the industrial uses on the berm to permit expansion of light industrial uses and development of new recreational uses and a parking lot; and 3) Dredge the harbour to a depth of 27 feet. In the concluding section there were several comments directed toward the inadequacies of any plan for Port Stanley: “ … the Village is in a period of transition … there is the lack of an overall concept for the future direction of the community … (and the) community’s role in terms of the surrounding region is not understood … ”.

Port Stanley, like most other communities, will always be in transition. It certainly is today. The Village Official Plan (OP) of 1989 incorporated most of the good advice and information from this CAUSE Report. Central Elgin’s current OP and Elgin County’s OP provide the basis of strategic direction for any plans moving forward.

The issues today for Port Stanley are not just local, and not just the concern of Port Stanley. First, they belong to Central Elgin as the ownership and governing entity. Then, most of the issues are regional and certainly the purview of the County with respect to tourism, economic development and jobs. Finally, we should all pay attention, be informed and contribute to the process.