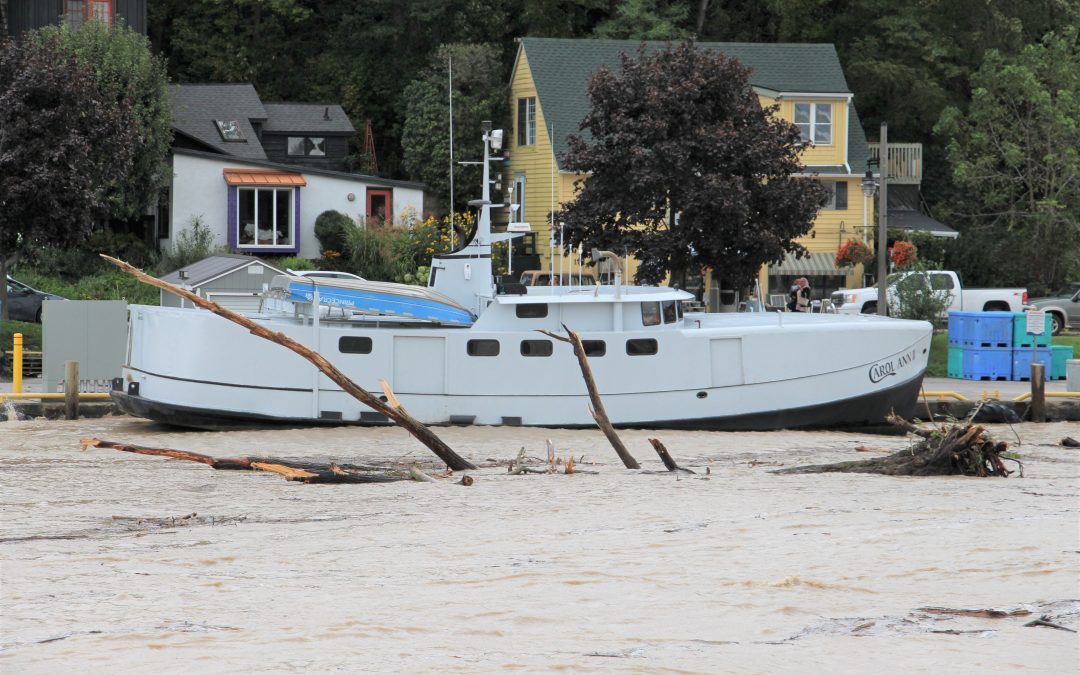 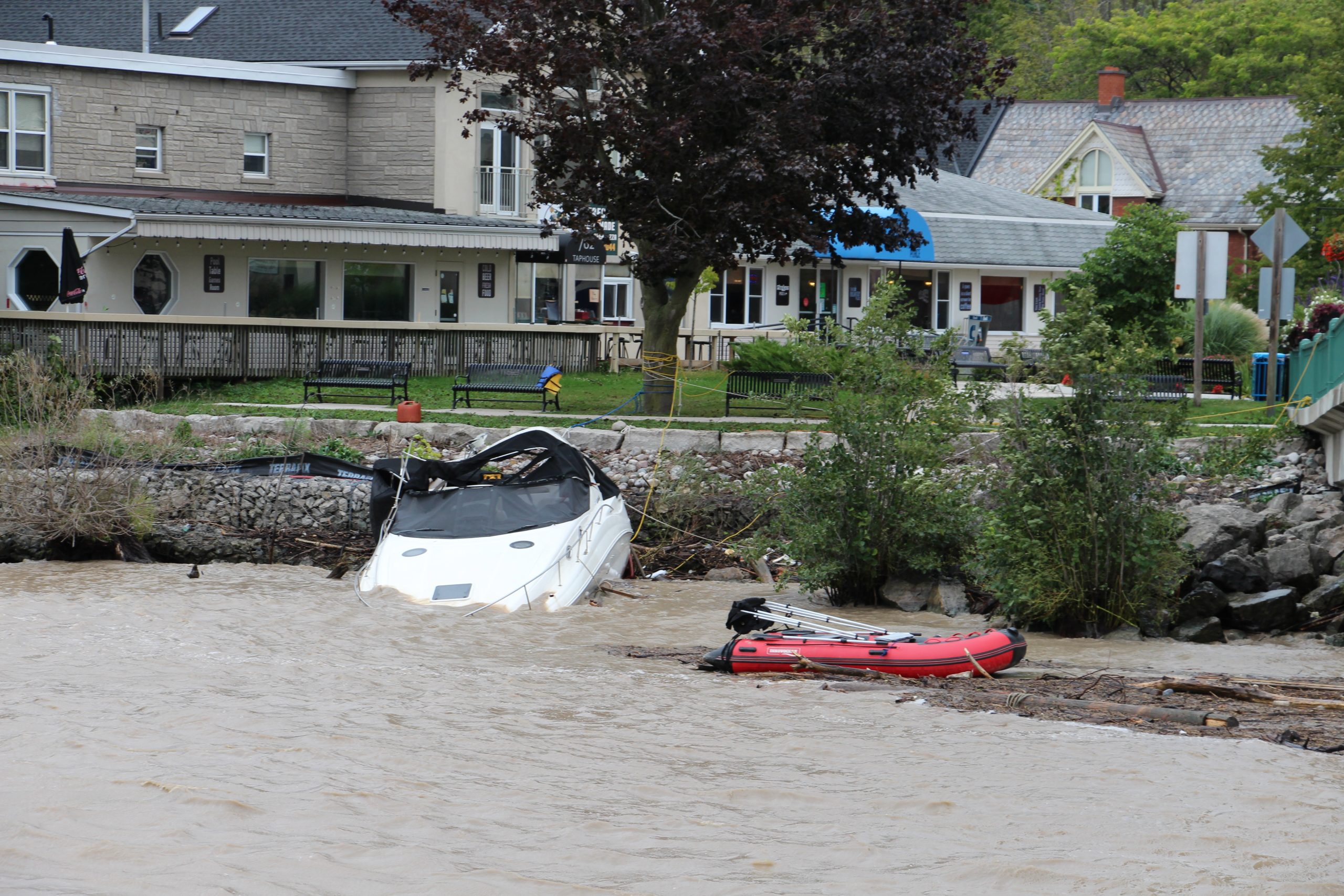 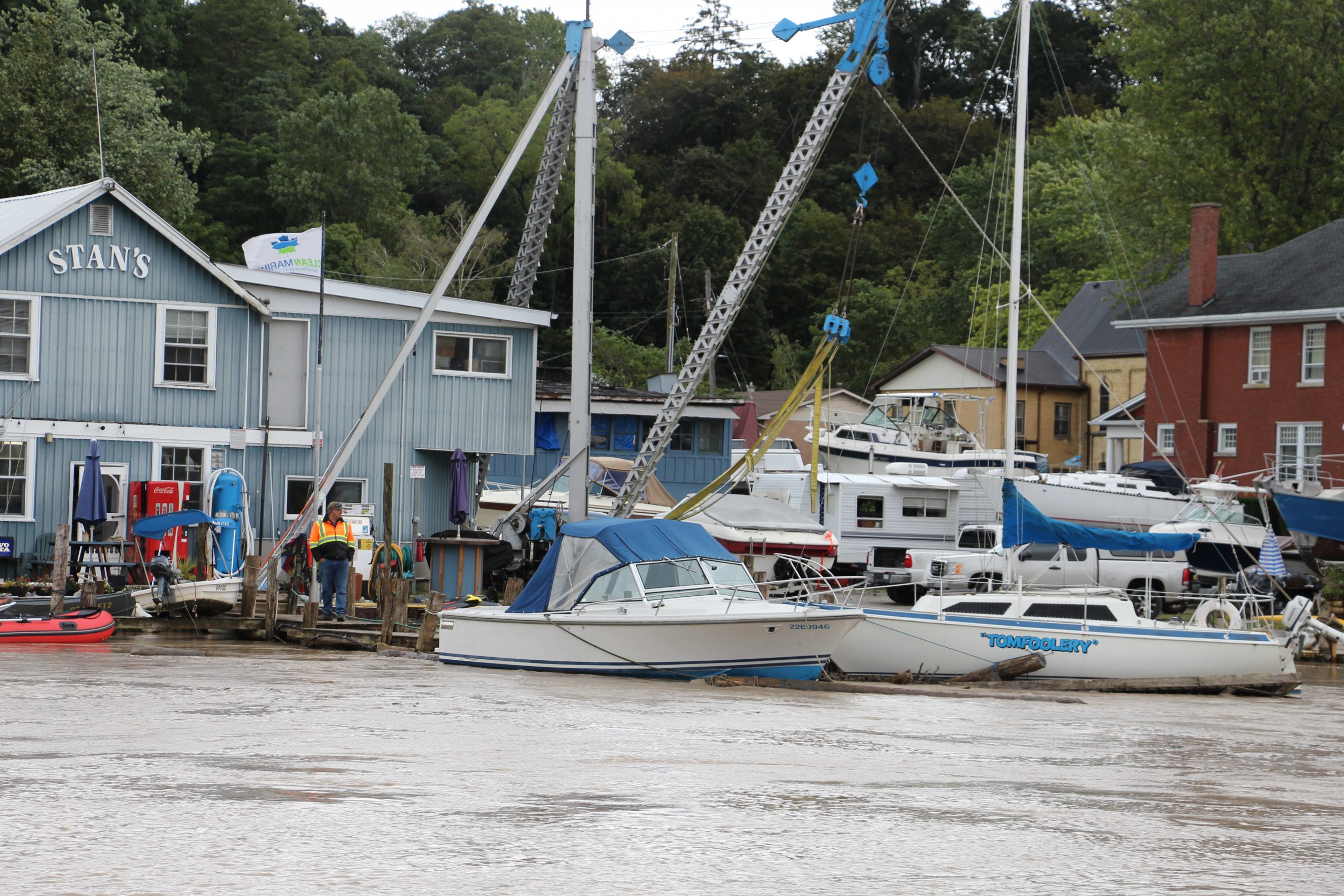 “Over the last 48 hours, the watershed has received over a month’s worth of rain (between 85.6 and 122.5 millimeters) which has contributed to elevated water levels throughout the watershed,” Jennifer Dow, water conservation supervisor for the Kettle Creek Conservation Authority, stated in a KCCA Flood Watch Update.

“However, the worst is over,” added Dow. “Water levels in Kettle Creek and its major tributary, Dodd Creek, have peaked and are slowly coming down.

“The intense rainfall resulted in flooding in natural floodplain areas and parks that traditionally flood in spring, extensive ponding in low-lying areas and agricultural fields, flooded roadways and overland flow.”

Environment Canada has issued a strong wind warning for Western Lake Erie.  Winds from the southwest continued all afternoon and are expected to veer to west this evening, diminishing overnight into Friday.  Sustained wind speeds may reach 55 kilometers per hour, with gusts to 60-to-70 km/hr.

“Port Stanley is especially vulnerable to winds over 50 km/hr from the southwest, which means there remains a risk for flooding and erosion along the shoreline,” Dow’s report continues. “Storm surge can cause shoreline erosion and damage to shoreline structures due to damaging waves and localized flooding.”

Three-to-four-foot swells cresting inside the harbour this morning, combined with the high winds to rock fish tugs and personal yachts uncontrollably, pulling many marina mooring poles from their anchors, and pushing debris as large as 60-foot trees up and down the waterway.

A 30-foot power boat was knocked free from its mooring, as the current ripped the refueling dock from its anchors at Stan’s Marina. The yacht careened south, ultimately crashing against the rocks just north of the bridge.

Worried sailors gathered by Kettle Creek Marina, urgently securing their yachts, some venturing dangerously onto the docks to tie down each others’ boats.

Fiona and John Nisbet at Kettle Creek Marina called it the ” storm of the century,” as the crazy up-creek surge from Lake Erie battled current flowing down Kettle Creek toward the lake.

“We want to thank all our boating friends and neighbors for all the help we have received,” added Fiona. “The surprisingly minor damage to individual boats is due to a great team spirit of neighbors helping neighbors.”

Added John: “So many people have given generously of their time and expertise over the past three days in securing and retying boats. Very grateful to be part of this boating community.”

“This event was completely due to a lot of rain in a short period of time, and the watershed’s flashy nature,” she added in an interview. “There is a steep drop in elevation between St. Thomas and Port Stanley, about 1.74 meters per kilometer, and that water just shoots down the creek.”

Canadian Coast Guard Auxiliary (CCGA) volunteer Derek Niles said he is grateful there were no distress calls today. “There was no one out on the water, that’s the good news,” said Niles, also a commercial and tourism marine owner-operator. 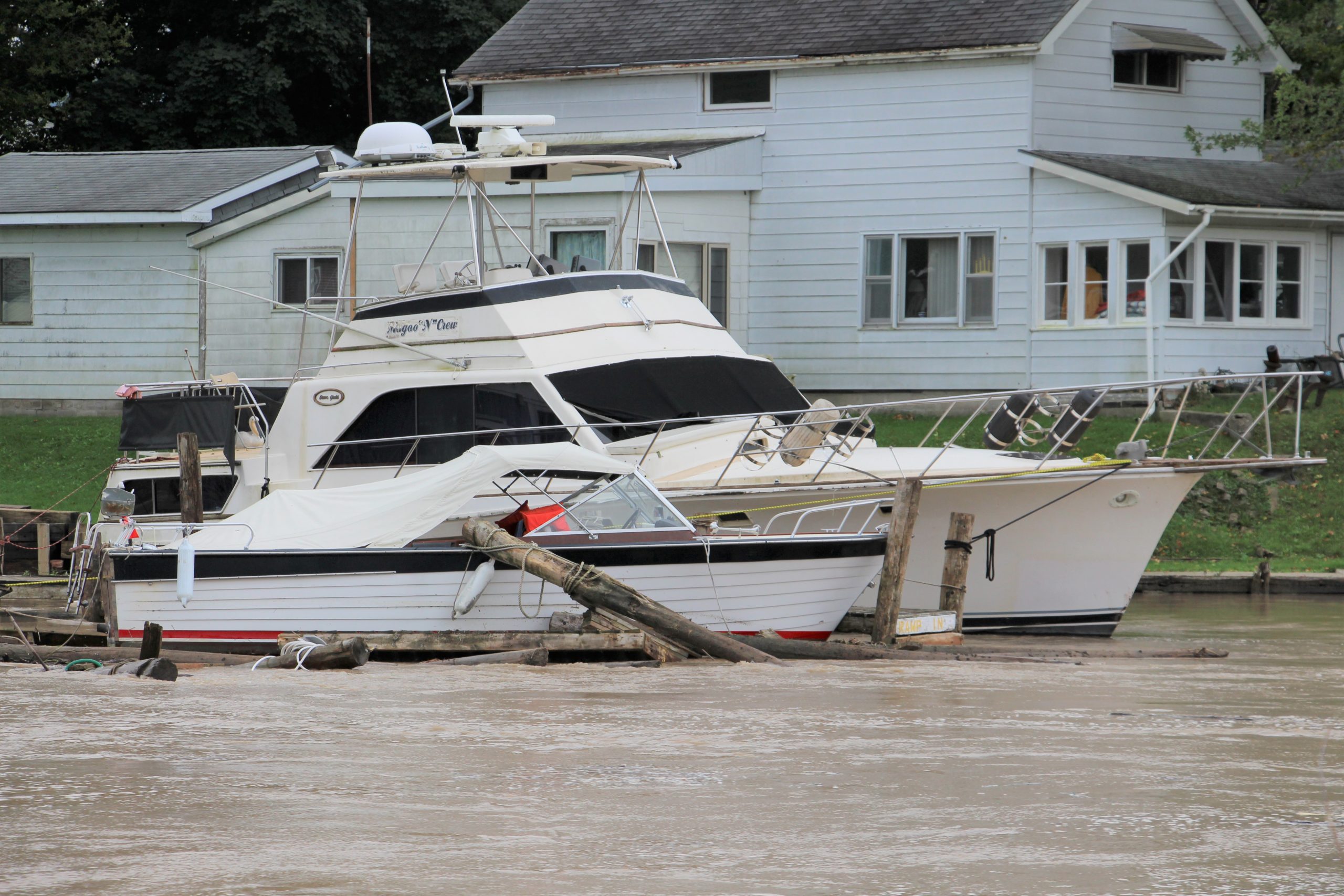