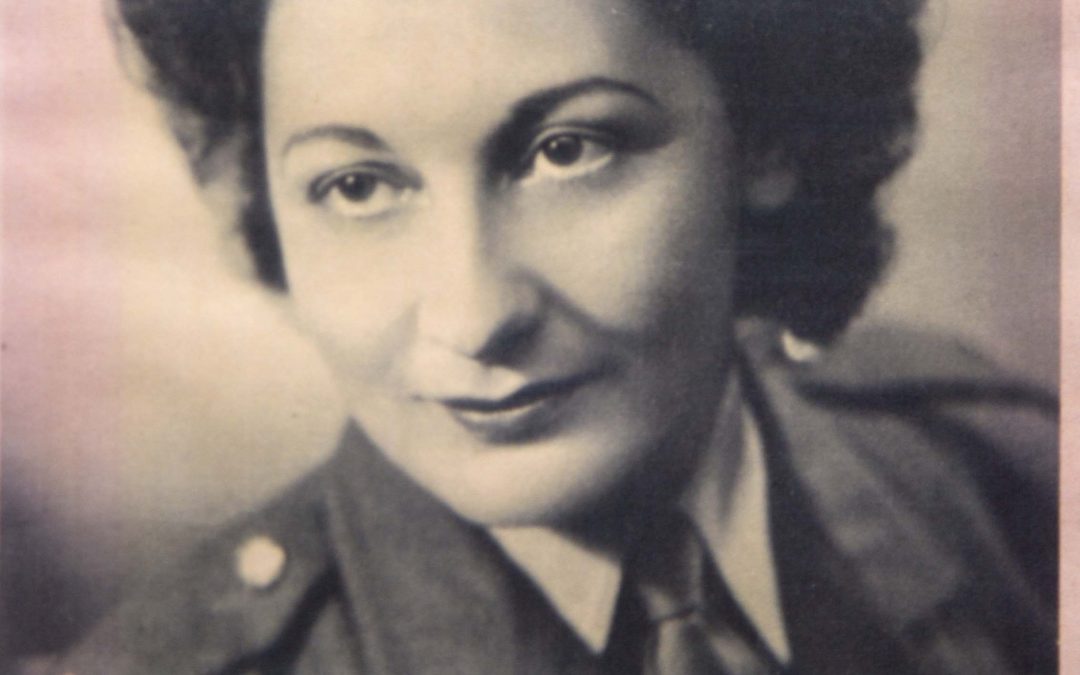 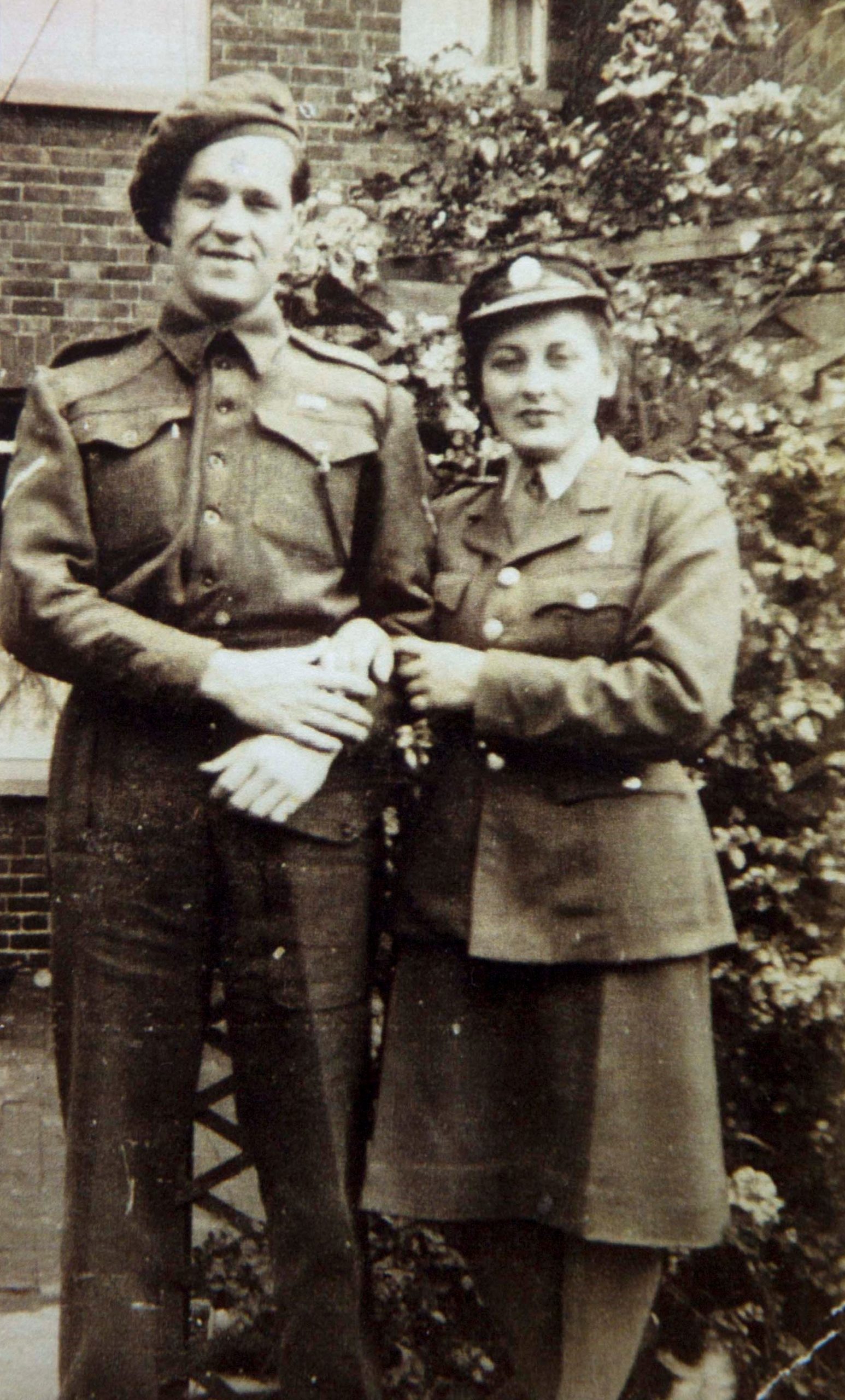 Barbara McLoughlin and her husband William.

It’s easy to know how a story ends once you’ve read it, the same with history once it’s been written. For those experiencing it, however, the outcome is unknown.

The unknown for 102-year-old Port Stanley resident Barbara McLoughlin is reflected in her feelings of fear and uncertainty in England during the Second Great War (1939-45).

“Everybody did their best … everybody pulled together, and we got through it,” McLoughlin recalled during an interview. “You didn’t know how it was going to end at the time.”

The German Blitz bombing campaign in 1940 and 1941 sent hundreds of thousands of Brits running for protection into their corrugated iron bomb shelters.

Yet in her youth, McLoughlin defiantly dillydallied in her backyard in the seaside town of Teignmouth, a fishing port and civil parish in the English county of Devon. 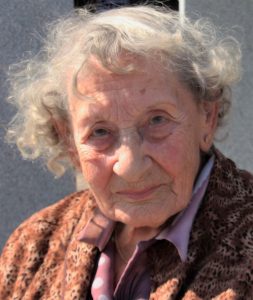 “The first air raid, I kept saying ‘I can’t hear no airplanes’,” said McLoughlin. “The dock yard and the naval barracks were very close to our house and there were so many air raids that I wouldn’t want to get out of bed.

“My mom would be frantic, calling me, telling me to come,” she added. “I don’t remember ever being overly scared. All the kids used to come out during air raids, collecting metal and shrapnel. I don’t know what they did with it.”

Her memories of the air raids and other episodes of the Second World War are clear-eyed, mostly upbeat and downright funny at times. She joined other veterans at the Royal Canadian Legion Branch 410, 310 George Street, on November 6, 2022, in a heart-felt Remembrance Day parade and ceremony at the Veterans Cenotaph. McLoughlin was accompanied by her granddaughter Jennifer Stirrat, 50, who is visiting from England. A smaller Legion ceremony was held on November 11, 2022.

“One time, it was dark, because we had to turn the lights out at night and I pulled on what I thought were my pants, but it was a coat, and I couldn’t get my feet out of the arm holes … I went back to bed,” said McLoughlin. “Nothing much happened that night.

“The city was a garrison, full of troops then,” she added. “It was flattened in the war. It was the most heavily bombarded city in England. We spent I don’t know how many nights in the air raid shelter.

“I can remember right from the beginning, hiding in the backyard in the bomb shelter. You never knew if you were coming back.

“For pennies, you could go to the movies and get your mind off it,” she added. “While you were out, the siren would go off, the sign would go up on the movie screen, and you could leave if you wanted to.

“My mother would be frantic when we’d go out to the movies. When you’re in your twenties, you didn’t get that fear. You don’t see fear when you’re younger.”

McLoughlin was born and raised in Devon. She received a conscription letter in 1942 at the age of 21 years and served in the army for four years. She left behind a job as “soda fountain dispenser,” whipping up frozen treats at her parents’ ice cream stand on the beach. “I was looking forward to it. I’d been away from home before, working on the seaside.” Her parents also had a fish and chips shop in Teignmouth.

Her father, Jicomo Antonucci, was born in Italy. Her mother, Ada Tucker, was an English citizen. McLoughlin had two brothers and two sisters: she was the second youngest. “My dad was born in Italy and he never got his citizenship. We were all considered enemy aliens.” Even so, her father served England in the First World War.

“My family was ‘restricted’,” added McLoughlin, who lost two cousins and two uncles to war. “Many times, we’d sit around the fireplace. There was no television and you would hear something at the front door. People, kids mostly, would throw stones. That was cruel. We got over it.”

McLoughlin was stationed in Redding, 10 miles south of Oxford, at Didcot Ordinance, one of the largest. There she met her eventual husband, William McLoughlin. Due to her parents’ status as enemy aliens, “the commanding officer had to let me know that I couldn’t do any secret work,” and she became a typist for the commanding officers. 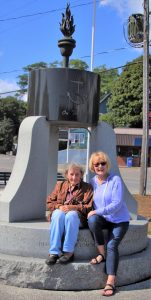 Barbara and her daughter Kathleen Stirrat.

“It’s very funny, how I met my husband,” mused McLoughlin. “It was fate.” A girlfriend had invited her out for a drink after a difficult day at work and while she didn’t drink much, McLoughlin joined the woman.

“This group of young soldiers asked us ‘would you mind our beer glasses for a minute?’. It was so busy, you see, and that’s how I met him. They had come back to pick up equipment for D-Day. (Which was still top secret at the time.) He said something big was coming, but he couldn’t talk about it. We corresponded until after D-Day.”

Her husband, William McLoughlin, was a cotton mill worker, when he received his conscription notice in September 1939. He was trained to serve as a medic and travelled extensively throughout Europe, the Middle East and Africa.

William McLoughlin joined the D-Day forces on landing craft tank LCT 17. “He said his was the only one in the group that survived. He was pretty strong. They had to keep going back and forth for three weeks, getting the wounded and bringing them back to England lands.” Her husband often cursed the fortune of many of the D-Day soldiers whose boat dropped them off in waters too deep for them to walk to shore. Instead they sank and drowned with their weighty back packs.

Their courtship was “not long” and they were married later that year. “Life could be short then. You didn’t know when and whether you would be back.”

The couple moved to Canada in 1956 with their three children, Margaret, Ann, and Kathleen. They got “homesick” in 1959 and went back to England, but returned to Canada in 1963. “We missed it,” said McLoughlin. “We realized we had made a terrible mistake.” 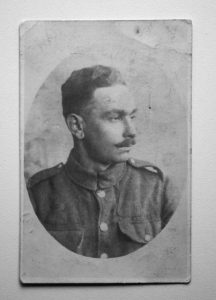 Her father Gicomo Antonucci was a member of the Devon Regiment, an infantryman who returned home in 1919, a year before McLoughlin was born. “My dad didn’t like talking about it.”

Similarly, her husband, who was felled by a heart attack at age 82 years in 2001, didn’t talk much about war. If anything, he would mention how thankful he was that he hadn’t been captured. Some of his friends had shared terrible stories. They were particularly frightened of the prospect of serving in the South Pacific and being captured by the Japanese.

Remembrance Day set McLoughlin’s mind in motion. “It is a sad time. Memories of all those years.

“My gawd, where did the years go,” she said. “You get over your fear, you think ‘that wasn’t so bad’. There were good times and bad times. I enjoyed army times.”